A moderator at a networking meeting in Berlin recently opened a meeting by saying “Anyone who isn’t a coach, please raise your hand.” Those days you can find almost as many coaches as doctors or lawyers in most large cities. All those people trying to help others reach goals is a wonderful thing.

When I was more active in this profession I assumed that a good practice should earn around $200,000 per year based on revenues of around a million per annum. So I built a team, consisting of a professional manager, a marketer, and me. It took us three years to hit the magic number.

It was apparent to me that teams reach goals. Individuals do not. My coaching skills were quite adequate, but good coaching is only one ingredient in the recipe for success. Only when I connected with a disciplined manager and a charismatic marketer, did my practice begin to serve lots of people.

The coaching game is inseparable from the practice of teambuilding. Yet, most coaches work alone. Beyond the occasional project partners, few coaches make the effort to recruit and train people from complementary professions.

Imagine a football team made up of only goalies, or only strikers. You just can’t win in any game until you recruit and train people whose talents work together for a common good.

You can’t sell coaching to organizations, businesses or families until they see that you have experienced building your own team.
A coach tries out hundreds of players to recruit only a few teammates. But the effort pays off when the money starts to move. If you want to learn teambuilding, come to Ibiza to learn how.
--Martin Sage
Posted by Mia Sage at 1:14 AM 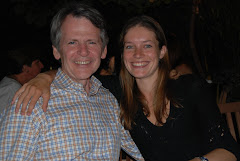